I’ve been researching the links between Burning Man and innovation for the past two years. Through my research, I aim to characterise the innovation processes that incorporate Burning Man experiences, and trace the ripple effects of Burning Man within the default business world, and subsequently across the planet. Over the past couple of months, I’ve interviewed 10 burners working in innovative roles or industries to learn from their experiences.  It’s been inspiring to chat with the interviewees, and the experiences they have recounted have been absurdly funny, profound and eye-opening. Furthermore, they have helped me to develop a deeper understanding of how Burning Man experiences can contribute to innovation processes.  As a small taster, here are a few of themes that have emerged so far.

Interviewee: “There is a freshness to Burning Man. To me, every burn is the beginning of the New Year, like the man burning is a much bigger New Year celebration for me than January 1. It’s kind of like a marker to check in and see how far I’ve come and how much I’ve developed. Also, it allows me to really come back to my work with a renewed sense of optimism, and a strong feeling that I am the kind of person who can create ripple effects in the world. Because Burning Man has this participation element, it’s incumbent upon every burner to give and contribute and add to the community, and so when you’re practising living that every single day, it’s hard not to come back into the default world, which is what we call the world outside of Burning Man, without kind of bringing some of that with you. And so, the way that I envision myself after Burning Man is far more as a doer and a giver and a leader and a participator…  If you’re not going to step up and contribute then you’re not doing your part at Burning Man, which is kind of like, I think, the same ethos that causes people to do innovation and create innovative technologies”.

The Burning Man experience appears to present opportunities for what the academic literature refers to as ‘transformative learning’. Scholars in the field, such as Jack Mezirow and Edward W. Taylor have characterised the outcomes for people who have experienced a transformational process as being positive for the learner, who, Janet Moore argued, might benefit from ‘an increase in self-confidence in new roles and relationships, feelings of greater personal power and spiritual growth, increased compassion for others’, and, critical to my research, ‘increased creativity’.

Speaking of creativity, the quote presented below from an interviewee reflects some of the emerging themes of the research in regards to creativity:

Interviewee: “I think that innovation is about thinking of possibilities outside of the norm, right? It is to be able to envision what lives on the adjacent possible, meaning, the limit of possibilities about the technologies that we have available today, which are advancing very fast, and what can be done with them, especially when you combine them together. But especially to be able to think outside of the box, the typical cliché phrase. Burning man is literally outside of the box, you know, you are for eight days totally outside the box, from any perspective that you can think of, you know, society, societal rules, time and space, like the streets have the name of the hours, like the city’s designed like a clock, so there’s confusion about time and space and people get confused. And everything is just so bizarre and so, so crazy that for the first few days it’s all shining lights, but after a few days, you are literally dislocated from the possible, from the normal normality. You are literally pushed out of the box and you are able to see things differently. Psychedelics are another element there, you know, it’s a very safe place to do psychedelics and psychedelics are another tool that expands your perspectives, brings new perspectives, perspective shifts and perspective expansion, and I think that helps a lot too. And then there is so much art, so much creativity that in a way, inspires you to say, “Okay, I can also do creative things, right? Anybody can”.

When considered in light of existing academic research Burning Man appears to present a theoretically textbook environment in which creativity can flourish. For example, in a book chapter titled ‘Thinking Creatively’, Stephen D. Brookfield cites many academic sources to suggest that to be creative, one should be open to new experiences, new ways of seeing, new ideas, unfamiliar concepts and engage with reasonable risk-taking and nonconformity, all of which the interviewees report being exposed to whilst at Burning Man.

Interviewee: “Our experience at Burning Man did influence kind of our discussions terms of what was going to be engaging and effective back in the real world. As you know, out there you’ve got, you know, someone half naked in an s&m clown suit, going on about cake porn or something, and it’s in of itself is highly entertaining, because it’s so bizarre, but like, what can we do when we go back to the real world that could have that same level of engagement? And I think what we nutted out was, it can’t come from shock, it just has to come from deep authenticity and, you know, the aspects that we saw at Burning Man could still work in the real world of deep authenticity and provocation”.

The recounted experience of the interviewees reminded me of something I came across in the innovation literature called a Novelty Bundling Market (or NBM). Jason Potts wrote about NBM’s, and how they provide an experience where professional consumers don’t necessarily know what they’re looking for, but where they might find things that may help them in their professional or personal capacities, such as ideas, contacts, information or learning. It appears to me that innovators go to Burning Man knowing that doing so can benefit them in a wide variety of ways, without necessarily knowing in advance what they will find or experience there.

I’m hoping to interview more innovative burners by Skype in the coming month or so. I’m especially keen to interview some artists, architects, people working in large tech companies, and, because almost all of the interviewees so far have been white men, some people who aren’t white men! But essentially, if you are working in an innovation intensive role or industry, and have been to Burning Man, I’d love to interview you. The confidential interviews will inform a Master’s thesis titled ‘How transformational festivals support innovation processes? A case study of Burning Man’, which should be completed next year.

If you’d like to be interviewed about your Burning Man experience, please click here to complete a 2-minute survey to get the process in action.

References and image credit is listed on the next page. 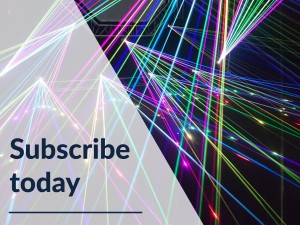